The Rebel Nun by Marj Charlier

Marj Charlierís The Rebel Nun is based on the true story of Clotild, the daughter of a sixth-century king and his concubine, who leads a rebellion of nuns against the rising misogyny and patriarchy of the medieval church. At that time, women are afforded few choices in life: prostitution, motherhood, or the cloister. Only the latter offers them any kind of independence. By the end of the sixth century, even this is eroding as the church begins to eject women from the clergy and declares them too unclean to touch sacramental objects or even their priest-husbands. Craving the legitimacy thwarted by her bastard status, Clotild seeks to become the next abbess of the female Monastery of the Holy Cross, the most famous of the womenís cloisters of the early Middle Ages. When the bishop of Poitiers blocks her appointment and seeks to control the nunnery himself, Clotild masterminds an escape, leading a group of nuns on a dangerous pilgrimage to beg her royal relatives to intercede on their behalf. But the bishop refuses to back down, and a bloody battle ensues. Will Clotild and her sisters succeed with their quest, or will they face ex-communication, possibly even death? In the only historical novel written about the incident, The Rebel Nun is a richly imagined story about a truly remarkable heroine.

‘The Rebel Nun is a boldly imagined story of one early medieval woman’s struggle against the societal forces that constrained her. It draws on historical sources that briefly mention — and condemn — the insurrection that two noble nuns led within their abbey, in Poitiers, in 589. On the basis of this sparse information, Marj Charlier imagines the incident from the perspective of one of these nuns, the noblewoman Clothild, and embeds these events within the larger story of Clothild’s life. The result is an engaging and thought-provoking tale.’ –Samantha Kahn Herrick, Associate Professor of History, Syracuse University ‘Marj Charlier takes an obscure sixth-century tale and turns it into a stunning story of a nun caught up in the misogyny of the early Christian church. Led by Clotild, a king’s bastard daughter, a group of nuns attempts to rescue their monastery from the all-male church hierarchy. Extensively researched and rich in historical detail, The Rebel Nun tells of a time when women were chattel, when priests questioned whether females had souls. Charlier’s artfully written account of Clotild’s struggle to save her medieval sisterhood from the dominance of kings and bishops is a perfect novel for today’s women.’ — Sandra Dallas, New York Times bestselling author ‘Vividly imagines one of the most fascinating events to occur in sixth-century Gaul, bringing into focus the complexity of the early centuries of Western Christianity as the Church struggled to define its positions on clerical celibacy, the role of women, pre-Christian traditions, and its relationship to secular power. Scholars have long been fascinated with Gregory of Tours’s account of how a rebellion of nuns from the monastery of the Holy Cross in Poitiers supposedly resulted in acts of murder, plunder, and unplanned pregnancies. It is a moment that has been calling out for a writer to do it justice in a work of historical fiction, but which feat no one has dared to attempt — until now. Marj Charlier’s The Rebel Nun brings the sights, sounds, and smells of this event and its aftermath to life in a richly imagined story that is firmly rooted in equal parts rigorous historical research and inspired, creative imagination.” –Dorsey Armstrong, PhD, professor of English/medieval studies at Purdue University, and lecturer for The Great Courses (The Medieval World, The Black Death, and others) ‘What could lead nuns to armed rebellion?…This thoughtful imagining of the underlying causes and characters involved in the revolt centers on Clotild, the leader of the insurrection…Charlier carefully constructs a narrative that positions Clotild, a pagan at heart despite her outward piety, as a reluctant revolutionary who pushes for fairness in a Christian world increasingly dominated by men. With power available to so few women, Clotild dares to imagine freedom, despite its cost.’ –Booklist ‘The Rebel Nun is a gripping, well-told story of women fighting against a church and society dominated by men who are determined to defeat them in body and spirit. A great tale that will immerse you in a world so different — and not so different — from our own.’ –Philip Freeman, Fletcher Jones Chair of Western Culture at Pepperdine University, author of Saint Brigid’s Bones ‘The Rebel Nun is a wildly original, suspenseful account of a group of nuns in medieval France who must endure hardships and treachery from both outside and within their walls. It feels both historically authentic and startlingly contemporary, and I loved every word of it.’ –Elizabeth Stuckey-French, author of The Revenge of the Radioactive Lady ‘The Rebel Nun is a gripping tale of heroism and audacity in the least likely of guises — a renowned cloister under the heel of the medieval church. With meticulous research and in exacting detail, Marj Charlier brings to light the remarkable exploits of Clotild, who leads her fellow sisters on a daring escape that culminates in bloody revolt, and a place in history.’ –Denise Heinze, author of The Brief and True Report of Temperance Flowerdew ‘The story of a community of women in crisis and the power they found through their will to save themselves, The Rebel Nun tells the fictional truth behind the historical rebellion of the Holy Cross nuns in 589 CE, as recounted in her latter days by one of the rebellion’s leaders, Clotild … Rich in facts and foreshadowing, the historical novel The Rebel Nun finds in the nuns’ rebellion, and in Germanic tribal paganism, an inspirational morality tale and historical precedent for modern women to connect with their own powers, no matter the stakes.’ –Foreword Reviews ‘The Rebel Nun is a well-written window into the life of a sixth-century royal bastard and the changing landscape of holy power structures. Charlier writes a strong voice for Clotild, with vivid descriptions of a daily life that brings readers along into her world. The research shows, and Charlier does an excellent job of seamlessly integrating the historical record with her own fiction.’ –Historical Novels Review ‘A startling look into a world I never imagined visiting — a sixth-century nunnery, where one bride of Christ only a generation away from paganism breaks her vows of obedience to the church’s male hierarchy and makes it her mission to battle the corruption of bishops oppressing the sisters of the Holy Cross. A well-wrought yarn reflective of historical fact.’ –Darryl Ponics·n, author of Eternal Sojourners

Historical fiction fans share something special: the love of encountering new ideas about old things. Even better, historical fiction lets readers learn those things by traveling alongside a real or fictitious heroine they come to love.

These are the same joys a historical novelist gets from writing. I never start researching a historical novel to explore something most people know everything about. It’s always a tiny, but powerful fact that is wholly new to me that propels me down the rabbit hole of two or three years of research. And I much prefer to hitch a ride down that hole with a person about whom we know very little.

Such was the case of The Rebel Nun.  I had never heard of the rebellion that Clotild led from her monastery in Poitiers against the church until she was mentioned in a lecture on the Middle Ages. It almost seemed too fantastic to be true, and when I told any of my Catholic (even ex-priest) friends about it, they hadn’t encountered it either. Historians who had heard of the incident knew little. As Dr. Dorsey Armstrong, a Purdue University history and English professor, said in reviewing The Rebel Nun: “Scholars have long been fascinated with Gregory of Tours’s account of how a rebellion of nuns from the monastery of the Holy Cross in Poitiers supposedly resulted in acts of murder, plunder, and unplanned pregnancies. It is a moment that has been calling out for a writer to do it justice in a work of historical fiction … .”

What is even more fun than filing out a story like this is filling out the heroine’s personality. Especially in writing about a long-distant time, what we know about a person—even those based on real people—is little more than a sketch. Especially heroines! Because men have nearly exclusively been the writers of contemporary histories, we have much more information about kings, emperors, military leaders, bishops, popes and famous monks. Men wrote down their thoughts, their philosophies, their worries, their insecurities. And other men wrote about those men in great detail. But a person like Clotild? We know her name (or many variations of it) and the Bishop Gregory’s opinion about her and her rebellion. That’s it.

That left a lot of room for imagination. I imagined her internal voice and how she acts. I discovered how she looks, and what she thinks about other people. How she talks. How she laughs. Who she loves and how she struggles with hate and envy. Watching a person like Clotild’s revealed on the page is just as much an exercise in discovery for me as it is for the reader. And she surprised me. She turned out to be more complex, more conflicted, and more compassionate than I knew when I first met her.

Traveling through this remarkable event with Clotild in my mind, I came to understand her, but I didn’t “fix” her. She had the insecurities of a bastard child (true), and she had to figure out if she wanted to lead a monastery of a religion she was only partially committed to, or if she wanted to live more genuinely. I grew to have sympathy for her, and at times, I was frustrated by her ambivalence. She became, by the end, a friend. Not perfect but someone I now love. 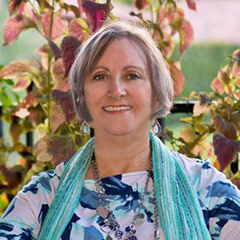 Marj Charlier began her writing career at daily and mid-size newspapers before joining the Wall Street Journal as a staff reporter. After twenty years in journalism, she pursued her MBA and began a second career in corporate finance. The Rebel Nun is her first historical novel, and her eleventh published novel.

Enter to win a copy of The Rebel Nun by Marj Charlier! The giveaway is open to the US only and ends on May 14th. You must be 18 or older to enter. The Rebel Nun