Chafing at the rules of the amber guild, Peter, an apprentice during the waning years of the Thirty Years’ War, finds and keeps a forbidden piece of amber, despite the risk of severe penalties should his secret be discovered. Little does he know that this amber has hidden powers, transporting him into a future far beyond anything he could imagine. In dreamlike encounters, Peter witnesses the ravages of the final months of World War II in and around his home. He becomes embroiled in the troubles faced by Lioba, a girl he meets who seeks to escape from the oncoming Russian army. Peter struggles with the consequences of his actions, endangering his family, his amber master’s reputation, and his own future. How much is Peter prepared to sacrifice to right his wrongs?

Malve von Hassell is a writer, researcher, and translator. Born in Italy, she spent part of her childhood in Belgium and Germany before moving to the United States. She lives in Southampton, New York, close to the ocean and a bay beach where she meets flying sea robins and turtles on her morning walks with her rescue dog Loki. She enjoys reading, playing chess with her son, gardening, anything to do with horses, and dreams of someday touring Mongolia on horseback. Her works include the children’s picture book, Letters from the Tooth Fairy, written in response to her son’s letters to the tooth fairy; The Falconer’s Apprentice, her first historical fiction novel for young readers; The Amber Crane, a historical fiction novel set in Germany in the 17th century, and Alina: A Song for the Telling, a coming-of-age story of a young woman from Provence in the 12th century who dreams of being a musician. 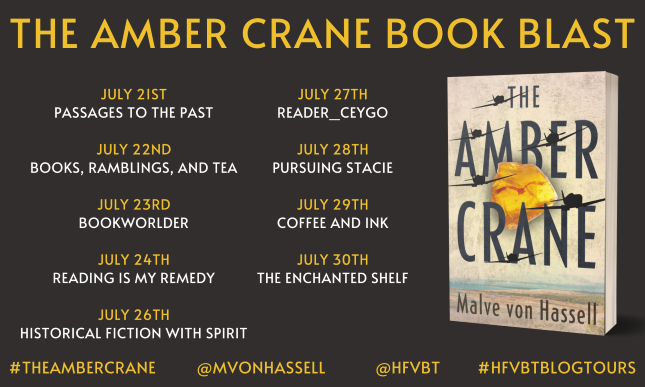