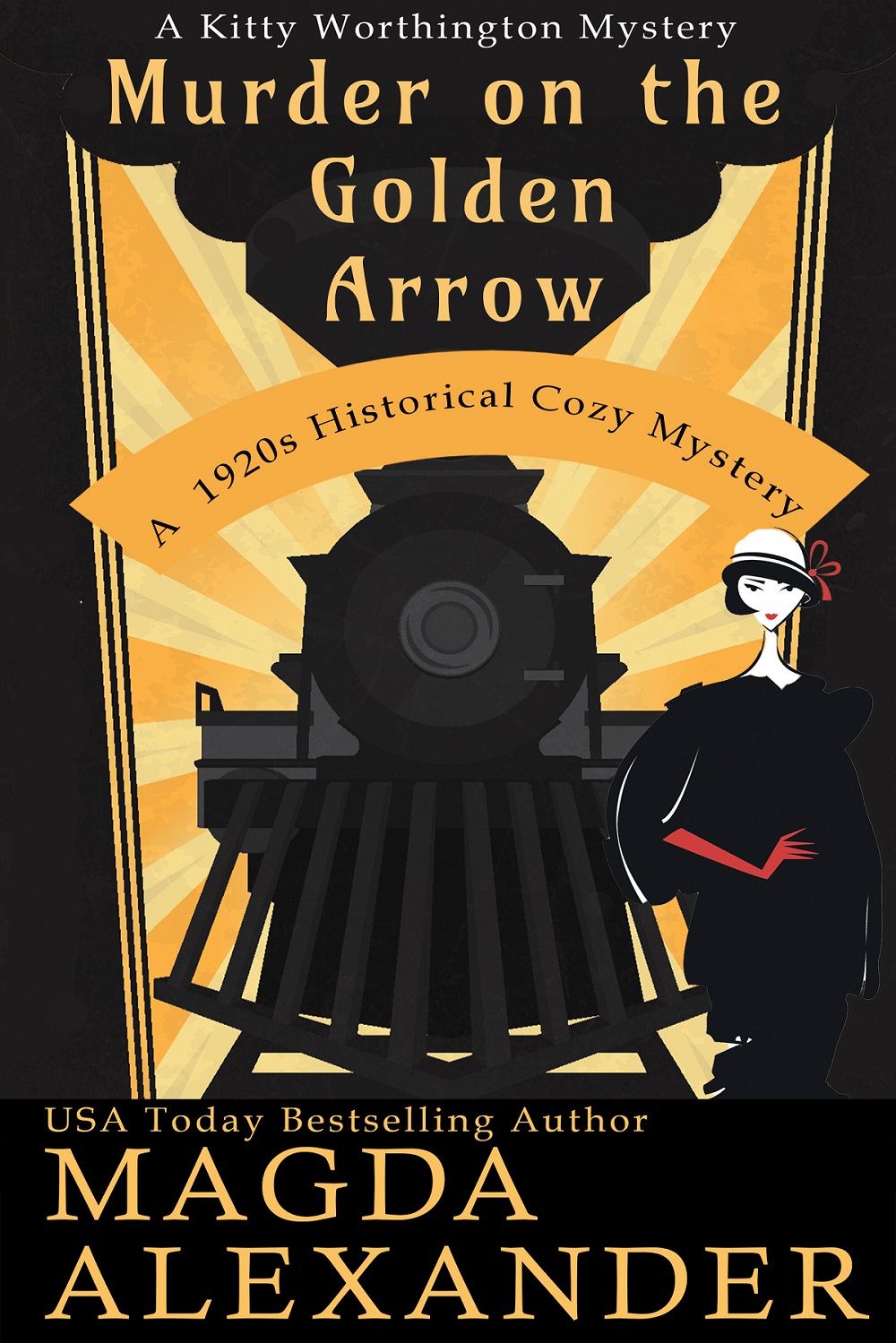 What’s a bright young woman to do when her brother becomes the main suspect in a murder? Why, solve the case of course.

England. 1923. After a year away at finishing school where she learned etiquette, deportment, and the difference between a salad fork and a fish one, Kitty Worthington is eager to return home. But minutes after she and her brother Ned board the Golden Arrow, the unthinkable happens. A woman with a mysterious connection to her brother is poisoned, and the murderer can only be someone aboard the train.

When Scotland Yard hones in on Ned as the main suspect, Kitty sets out to investigate. Not an easy thing to do while juggling the demands of her debut season and a mother intent on finding a suitable, aristocratic husband for her.

With the aid of her maid, two noble beaus, and a flatulent Basset Hound named Sir Winston, Kitty treads a fearless path through the glamorous world of high society and London’s dark underbelly alike to find the murderer. For if she fails, the insufferable Inspector Crawford will most surely hang a noose around her brother’s neck.

A frolicking historical cozy mystery filled with dodgy suspects, a dastardly villain, and an intrepid heroine sure to win your heart, Murder on the Golden Arrow is the first book in The Kitty Worthington Mysteries. For lovers of Agatha Christie and Downton Abbey alike.

Other Books in the The Kitty Worthington Mysteries Series

Amateur sleuth Kitty Worthington once more jumps into the fray to catch the wily murderer of a high-ranking member of the nobility.

London. 1923. Much to her consternation, Kitty Worthington’s debut season is a resounding success, prompting marriage proposals from rogues, scoundrels, and ne’er do wells. Even as she dodges them, a new intrigue arises, and at Westminster, no less. A high-ranking member of the nobility is murdered, and her sister’s beau has been framed to take the fall.

With her beloved sister’s happiness at stake, Kitty once more sets out to investigate, ably aided by her faithful maid, two noble lords, a titled lady, and Sir Winston, her still flatulent Basset Hound. As they dash about London from pillar to post, from tenements to glittering ballrooms in search of the wily killer, can she convince the maddening, yet ever so handsome, Inspector Crawford to join the hunt? For if she fails, her sister’s beau may very well hang from the wrong end of a rope.

Murder at Westminster, the second book in The Kitty Worthington Mysteries, is another frolicking, historical cozy mystery filled with dodgy suspects, a wily villain, and an intrepid heroine sure to win your heart. 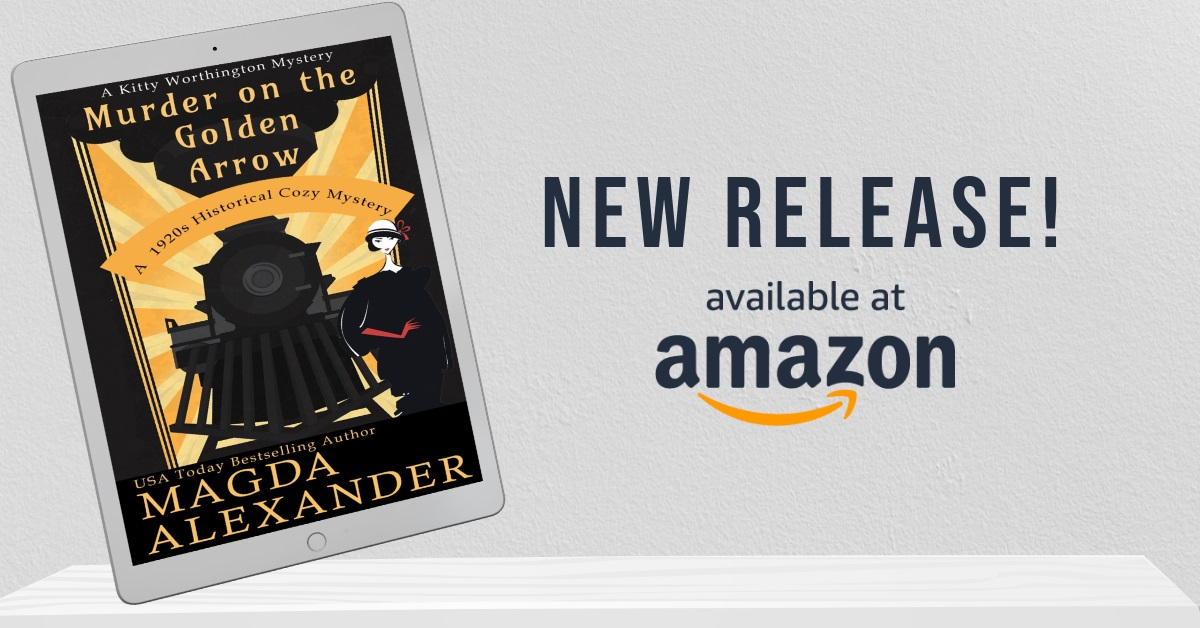 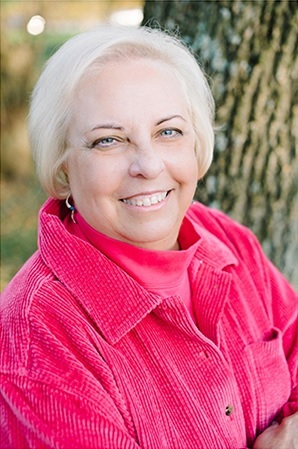 Magda Alexander is the USA Today bestselling author of several books, including the popular STORM DAMAGES series. She’s equally at home writing historical mysteries and sexy contemporary romances. When she’s not glued to her laptop writing her next book, Magda loves to bake delicious goodies and try out new recipes in her Instant Pot. A lifelong learner, Magda earned her degree from the University of Maryland and now resides in a city whose history dates back to colonial times.