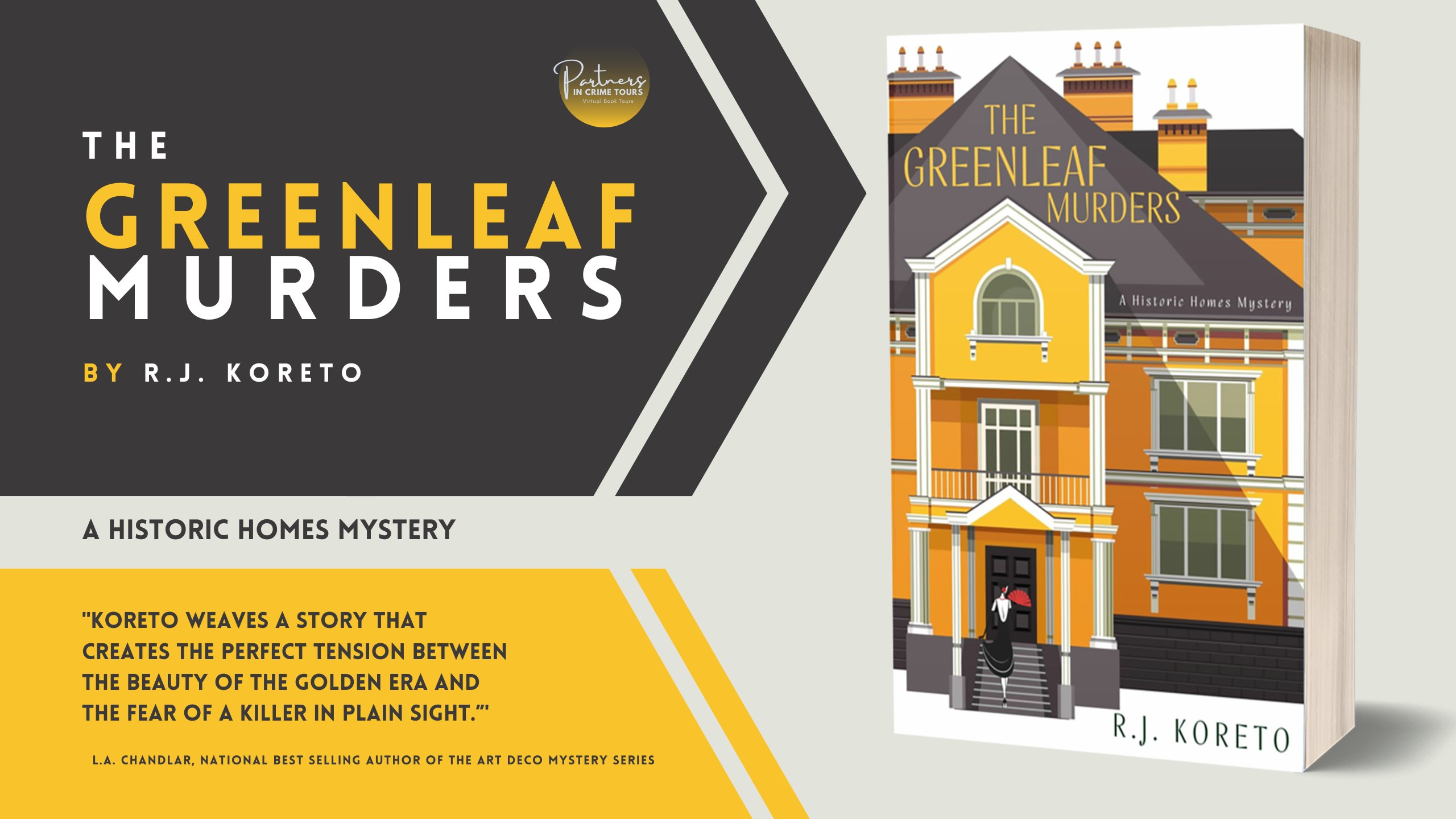 Young architect Wren Fontaine lands her dream job: restoring Greenleaf House, New York’s finest Gilded-Age mansion, to its glory days. But old homes have old secrets: Stephen Greenleaf—heir to what’s left of his family’s legacy—refuses to reveal what his plans are once the renovation is completed. And still living in a corner of the home is Stephen’s 90-year-old Aunt Agnes who’s lost in the past, brooding over a long-forgotten scandal while watching Wren with mistrust.

Wren’s job becomes more complex when a shady developer who was trying to acquire Greenleaf House is found murdered. And after breaking into a sealed attic, Wren finds a skeleton stuffed in a trunk. She soon realizes the two deaths, a century apart, are strangely related. Meanwhile, a distraction of a different kind appears in the form of her client’s niece, the beautiful and seductive Hadley Vanderwerf. As Wren gingerly approaches a romance, she finds that Hadley has her own secrets.

Then a third murder occurs, and the introverted architect is forced to think about people, and about how ill-fated love affairs and obsessions continue to haunt the Greenleafs. In the end, Wren risks her own life to uncover a pair of murderers, separated by a century but connected by motive. She reveals an odd twist in the family tree that forever changes the lives of the Greenleafs, the people who served them, the mansion they all called home—and even Wren herself.

Praise for The Greenleaf Murders:

“A delightful who-done-it in which the house is as engaging as the wonderful heroine. Readers will want to get lost in these rooms and these pages.”

“If you love houses and puzzles – which I do – you will be captivated by THE GREENLEAF MURDERS, the first in Richard Koreto’s new series. Equally sure-footed in the gilded age of the mansion’s heyday and the contemporary world of its decline, Koreto has woven a pretzel of a plot, introduced a charming new heroine, and whetted appetites for more grave deeds and grandeur.”

“The Greenleaf Murders mixes a modern suspense mystery with the love of old-world mansions and iconic High Society. Buried secrets threaten a family clinging to their former glory as two murders surface, a century apart. Koreto weaves a story that creates the perfect tension between the beauty of the golden era and the fear of a killer in plain sight.”

“One would think that a murder mystery featuring old homes, architecture, and rich blue bloods would be a dull read, but that’s not the case with R.J. Koreto’s finely-written “The Greenleaf Murders.” Filled with twists and turns and sharply-drawn characters, this well-done novel is very much recommended.”

Last night, Wren had dreamt she went to Manderley again.

When she was fifteen, her mother had given her a copy of Rebecca, saying it was one of her favorites. A voracious reader, Wren finished it in a few days, but her reaction was not what her mother had hoped for.

“Rebecca was horrible, but Maxim was no prize either. And the second Mrs. De Winter—kind of wimpy.”

“You didn’t like anyone in that book?” asked her exasperated mother.

“I liked Mrs. Danvers. I know she was insane, but she really appreciated the house. If people had been nicer to her, maybe she wouldn’t have burned it down. The best part of the book was Manderley. I’d have liked to live there, in splendid isolation, and Mrs. Danvers would take care of things. She was the only one in the book who knew how to do something.”

Her mother just stared. What teenaged girl talked about living by herself in an ivy-covered British mansion? She kissed her daughter on her forehead. “Wren, you really are an old soul.”

But although Manderley was her first love, Wren proved fickle, and also fell in love with Holyrood House, Blenheim Palace, and Versailles.

A succession of guidance counselors worried about Wren, although she gradually learned to make friends, and even go on dates. However, nothing could replace her love for houses, and it was a foregone conclusion by college that she would become an architect like her father and spend as much time as possible working with houses and not people. And not just any houses, but the kind no one had lived in for a long time.

As Wren approached 30, her father made her a junior partner and told her if he could close the deal with Stephen Greenleaf, he’d let her take full responsibility for Greenleaf House. Once the proposal they had worked on so hard had been completed, Wren couldn’t think about anything beyond spending her days in that Gilded Age gem, one of the largest private residences ever built in New York City. Over the years, like the second Mrs. De Winter, she dreamed of Manderley, never more than when she was hoping for the Greenleaf job.

She came home late one evening after visiting a job site and found her father in the study of the home they still shared. Living at home had become a temporary convenience while she was at graduate school, which turned into a habit, as they liked each other’s company. Not that either would admit it.

She watched him sketch. Although the firm had an office in midtown Manhattan, her father preferred to work in the study of their Brooklyn townhouse. For normal work, she knew it was safe to interrupt him, but not while he did the sketches—his avocation, his passion, just him and his pencils, creating columns and cornices, chair railings, and gargoyles. The only light poured from the desk lamp, illuminating the fine paper and her father’s high-domed forehead. She wanted to know if he had heard anything—but had to wait patiently.

Eventually, the scratching stopped, and he put his pencil down.

“If you haven’t eaten yet, Ada left her spaghetti and meat sauce in the refrigerator. She’s a fine housekeeper, but that particular dish is a little common.”

“Only you would describe a dish of pasta as ‘common.’”

“You know what I mean. And if you don’t understand the context, you shouldn’t be an architect.”

“Fine. But I think it’s delicious.”

“Yes,” he said, with a touch of impatience. “I didn’t say it wasn’t delicious. I said it was common.” He swiveled in his chair and smiled. “But you’re really here to ask if I’ve heard from Greenleaf? I told him today that we couldn’t put aside our other projects indefinitely. And that Bobby Fiore was the only contractor we could trust, and we couldn’t ask him to postpone other jobs, so with a few arguments about the price, he agreed.”

Wren laughed, did a little dance, and punched the air. Then she ran and hugged her father, which he tolerated. “I knew you’d convince him. You are the most wonderful father.”

“Wren. Take a seat.” He said it in his even, measured tone, the one he used for serious discussions. Wren wiped the smile from her face, pulled up a chair, and tucked a rebellious lock of hair behind her ear. In the half-dark room, he took her hands in his.

“I have no doubt that you have the technical skills for this job. My concern is the personal skills. These are the Greenleafs. They were a force in this city when it was still New Amsterdam. We see their house merely as an architectural jewel. The family sees it as a symbol of how tightly they are tied to the history of this city. They are different from other people.”

“People are people,” she said.

“First of all, no. People are different. And even if you were right, people are not your strong suit.”

“I’ve worked well with our clients,” she said defensively.

“You referred to one of our clients as ‘a pompous bourgeois vulgarian.’”

Wren rolled her eyes. “Let’s not go there again. I didn’t say it to his face, just to you.”

“Do you think you hid your feelings?”

“You’ve said worse,” she countered. Then realized she had lost the argument when his eyes went up to the framed certificate on the wall—the Pritzker Prize, often called the Nobel Prize of architecture. I’ve earned my right to arrogance. You have a long way to go.

“Just remember that these people pay our bills. I know we often work to protect them from their own worse instincts, but let’s try to be a little more politic. Your mother used to say you lived in your own special world. But you have to join the rest of humanity every now and then. And that brings me back to Greenleaf House. This is the very important symbol of what was once one of the most important families in this city. Keep that in mind when dealing with Stephen Greenleaf.”

“We’ve already had several meetings, don’t forget. He didn’t seem that unusual to me—runs his own asset management firm. I’ve dealt with Wall Street types before. It won’t be a problem.”

“Wren.” Again, heavy on her name—all her life, this had been the sign of a serious conversation. “The Greenleafs made their money before there was a Wall Street. People like this are unusually touchy about their families and histories. Now that you’re actually starting, his behavior may change. There could be some emotional repercussions. To make this a success, you will have to watch out for those feelings and manage them.”

“And you’re about to say—again—that I understand houses but not people.”

“Let’s just say it’s more of an effort for you. You can work with people. You just don’t like to. But I made you a partner. So you can’t just do the fun parts of your job. You have to do it all.”

“Yes, father,” she said. He was serious, so there could be no more pushback from her. No verbal fencing. He wanted her to live up to his expectations.

“It isn’t your father who’s asking you, Wren. It’s the senior partner of this firm, Ms. Fontaine.”

She nodded. “I understand, Ezra.”

And then he lightened his face with a smile. “But before we move on to the particulars, there is one more piece of advice, this time from your father. It may be hard to remember in any residence we work on, but especially in one with more than 70 rooms, it is not just a house. It’s someone’s home. It was Mr. Greenleaf’s childhood home, in fact, and his aunt has lived there her entire life. You’re not very sentimental Wren—and that’s fine. Neither am I. But please remember that—it’s not just a building. It’s a home.” 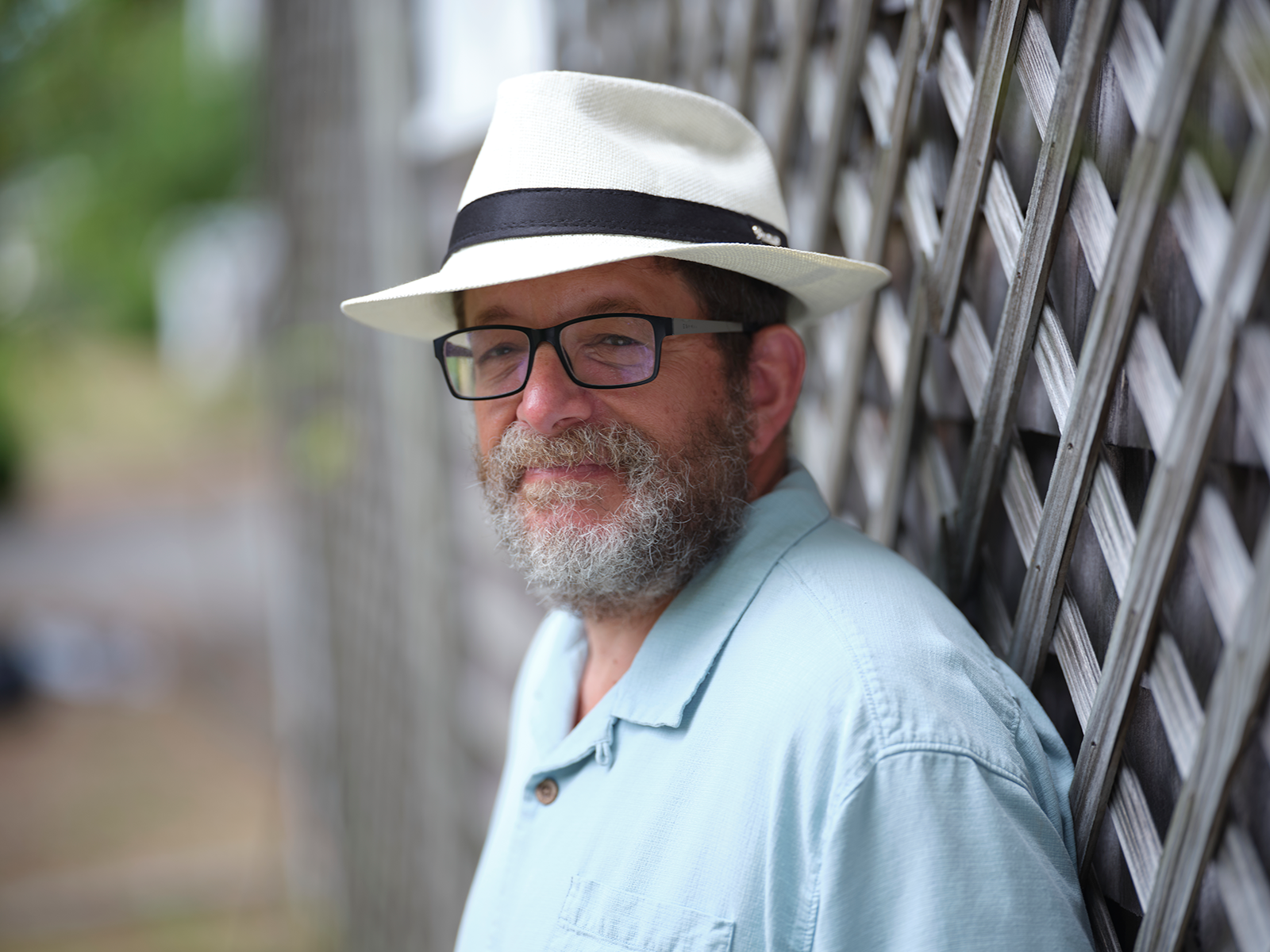 In his day job, he works as a business and financial journalist. Over the years, he’s been a magazine writer and editor, website manager, PR consultant, book author, and seaman in the U.S. Merchant Marine. Like his heroine, Lady Frances Ffolkes, he’s a graduate of Vassar College.

With his wife and daughters, he divides his time between Rockland County, N.Y., and Martha’s Vineyard, Mass.

Visit these other great hosts on this tour for more great reviews, interviews, guest posts, and giveaway entries! https://www.linkytools.com/basic_linky_include.aspx?id=309360

Join For a Chance to Win:

This is a giveaway hosted by Partners in Crime Tours for R.J. Koreto. See the widget for entry terms and conditions. Void where prohibited.

Get More Great Reads at Partners In Crime Tours